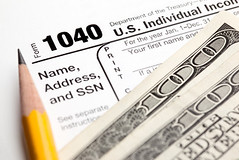 We all know tax time can be, well … taxing! And the life of an accountant can be even more stressful. That’s why one accounting firm turned to Elfster to help get them through their “busy season.”

“Our group is made up of the New England Region of CohnReznick, the 10th largest accounting firm in the country,” according to exchange organizer Kristin Hustus.  “The offices include six locations across Connecticut and Massachusetts. We are a full service accounting and advisory firm, so this time of year (January – April) is a busy time for all of us.” Of the firm’s 300 employees, almost half participate in the game within their own office.

“We started this game 9 years ago, and we call it the Buddy Game. It started when we were a smaller firm (80 people in one office) and we were looking for ways to provide some relief during one of our most stressful periods of time,” Kristin explained. “We decided that we would assign buddies for the duration of busy season. That buddy is responsible for secretly leaving “droppings” (as we call them) to make their buddy smile. The original process was a manual one, so each buddy was put into a hat (literally) and matched up. Several years ago (I believe this is the 3rd or 4th year with Elfster) someone mentioned the website to me, and I have been using it ever since!  It makes it great because everyone can communicate with each other, rather than going through me for finding out likes and dislikes, etc. of their respective buddy.”

The elves at Elfster think this exchange is a pretty clever way to raise company morale during a hectic time of year!

The CohnReznick buddies have had many different types of gifts exchanged over the years. Because the game lasts from February 1st through April 15th, the gifts are not intended to be large, but rather small goodies to keep their buddies smiling and moving forward.  Some of the droppings, secretly left on a weekly or bi-weekly basis, have included wine, beer, candy, cookies, Starbucks or Dunkin gift cards, local lunch restaurants, fun dollar store/CVS type toys, colorful sticky notes and pens, and sometimes it’s just decorations put up in someone’s cube for a particular holiday.

And sometimes, these busy buddies take it up a notch with their droppings! “Once someone left a fish, which I had to rescue, so now there is a rule for no live animals,” Kristin reflected. “We have one buddy that almost annually sends their buddy on a scavenger hunt around the office with an ultimate gift at the end of ice cream or something fun.”

“We actually make a big production of the buddy reveal as well,” she said. “Participants are able to put in a guess with me and then at each office’s end-of-busy-season party, we reveal the guesses that were correct and incorrect and any others can come find me or another helper to find out their buddy.”

According to Kristin, using Elfster absolutely made the exchanges more fun for the folks at CohnReznick.  As the organizer, she is able to administer and yet stay out of the details at the same time.  “While I know I can go into the Drawn Names and see who has who if any dead beat buddies are reported, I prefer not to know everyone’s draw.  Also, it’s so fun to go on and ask anonymous questions and follow others to sort of throw them off the trail of their buddy.  Plus, I don’t tell anyone who else is playing, so they can’t narrow down the list when they are trying to guess who their buddy is, so Elfster allows them to thank their buddy without sending an email to the entire office,” she added.

For the participants in the Buddy Game, everyone really enjoys using Elfster for the anonymous questions, according to Kristin. “It’s also great to just see the questions people are answering in the newsfeed because you are able to learn about others we work with everyday, but may not have as buddies,” she said.

As the organizer, Kristin believes that the best part about Elfster is that it gives the entire population a way to talk to each other anonymously, or not, and she doesn’t have to send out as many manual reminders or spend time inquiring of people as to ideas for their buddy. She also thinks the site itself is so easy to use.  “When people call and can’t get it, I can just go in and send them the exchange link, it’s just incredible user friendly and realistic for what we need it for,” she said. Not only is the Buddy Game in full swing until April 15, the group plans to continue to use Elfster for future exchanges as well.

What does your company do to boost morale during a stressful time of year? We’d love to hear from you! You can visit us on Facebook or tweet us @elfster.