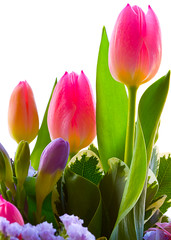 As spring gets underway and things begin to bloom, we rush into the season excited at the idea of leaving the long cold winter behind us.  Before you know it, Mother’s Day will be here, celebrated on May 12th in the USA and Canada.  Elfster is excited to see a group of moms already planning to make Mother’s Day extra special for each other by hosting an exchange.

These women all connected through an online forum for expectant mothers; since then, they created a private Facebook group where they could keep in touch.  The women all shared due dates from the end of December 2011 through January 2012.  The have just under 200 members, and are spread all over the world.  The group includes moms in the US, Canada, Europe and Australia.

This group has hosted two prior exchanges using Elfster, which have focused on sending each other gifts for their babies. They sent each other special onesies for Christmas, and exchanged books for the babies for Valentine’s Day.   For this exchange, the women decided to take the chance to send a gift for each mom to commemorate their second Mother’s Day.

Mandy Williams is the group organizer, and says that using Elfster has been a real boon for this group.  The participants all have fun during the exchanges posting messages on the group wall, and asking each other questions.  As Mandy says, “they express their excitement, and sometimes even taunt their secret elf into trying to guess who they might be!”

As the group organizer, Mandy loves that she is able to help the participants with questions by having the exchange information at her fingertips.  If she needs to view a match to help someone, she can, but likes that the information is hidden unless she specifically clicks to reveal the draw.  Mandy has been able to enjoy the exchange herself, since “ I still never knew who had drawn my name until my package arrived!”

The group is already discussing other exchanges that they want to set up in the future, and have talked about different themes they could use.  The first exchange they hosted had 50 people, the second had 60 and there are nearly 70 busy participants for the Mother’s Day exchange, with bigger numbers expected going forward.

Elfster is thrilled to be able to help this group stay connected hosting their fun exchanges.  Happy Mother’s Day to all the moms out there! 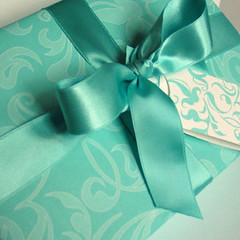 About Meghan Langseder 30 Articles
Meghan L has been elfing it since she joined the team in 2009. She enjoys coordinating exchanges, talking to organizers, and all things Christmas. Join her for an eggnog latte anytime at Elfster.com

🎉 GIVEAWAY: First elf to guess the gift most wi